To which language should you translate to localize in Nigeria?

Official language
English. Communication in the English language is much more popular in the country’s urban communities than it is in the rural areas, thanks to globalisation.

T-Index ranks countries according to their potential for online sales.

Other languages
Hausa – is one of the regional languages used in Nigeria. The language is one of the largest in West Africa and it has an estimated 30 million native users while an additional 20 million people use the language as the second language.

Yoruba – is spoken by around 18.9 million Nigerians.

Igbo – is one of the most popular languages in Nigeria with an estimated 24 million native speakers, the majority of whom are members of the Igbo ethnic group.

English
Moderate proficiency (EF) – 29 of 112 countries/regions in the world- 3/21 position in Africa.

Nigeria is the largest economy not only in West Africa but across the wider continent. It accounted for 18.3% of total African GDP in 2020, the largest share of all countries.

A quarter of Nigerians (27%) say that their device is a smartphone.

By 2025 more than 50% of SubSaharan Africa will have a mobile connection, of which 65% will have a smartphone. This will result in more than 475 million mobile internet users; the top three markets for smartphone users are projected to be Nigeria, South Africa, and Kenya.

Reach most of the online purchasing power

T-Index ranks countries according to their potential for online sales. It estimates the market share of each country in relation to global e-commerce.

Financial inclusion factors (over 15 years of  age)
• 48% have an account with a financial institution
• 24% have a credit card
• 2.4% have a mobile money account
• 19% make online purchases

Global Innovation Index
Ranked 16th out of 39 Sub-Saharan countries, 118th out of 132 worldwide.

The Global Innovation Index captures the innovation
ecosystem performance of 132 economies and tracks the most recent global innovation trends.

Most Complex Products by PCI

Most specialised products by RCA Index

Specialisation is measured using Revealed Comparative Advantage, an index that takes the ratio between Nigeria observed and expected exports in each product

Relatedness measures the distance between a country's current exports and each product, the barchart show only products that Nigeria is not specialized in

Information channels
Nigeria’s media scene is one of the liveliest in Africa. State radio and TV operate at federal and regional levels. All 36 states run at least one radio network and a TV station. There are hundreds of radio stations and terrestrial TV networks, as well as cable and direct-to-home satellite offerings. Radio is a key source of information. International broadcasters, including the BBC, are popular. However, rebroadcasting of foreign radio content is banned. State TV says it reaches tens of millions of viewers, while the main privately-owned networks are market leaders in some cities. There are more than 100 national and local press titles, some of them state-owned. They include well-respected dailies, tabloids and publications which champion ethnic interests. According to Reporters Without Borders (RSF), journalists are often threatened, subjected to physical violence, or denied access to information by officials and police. Boko Haram, a militant Islamist group, has threatened the media. Mobile phones are often used to access the web. Most internet users are young, educated and urban. 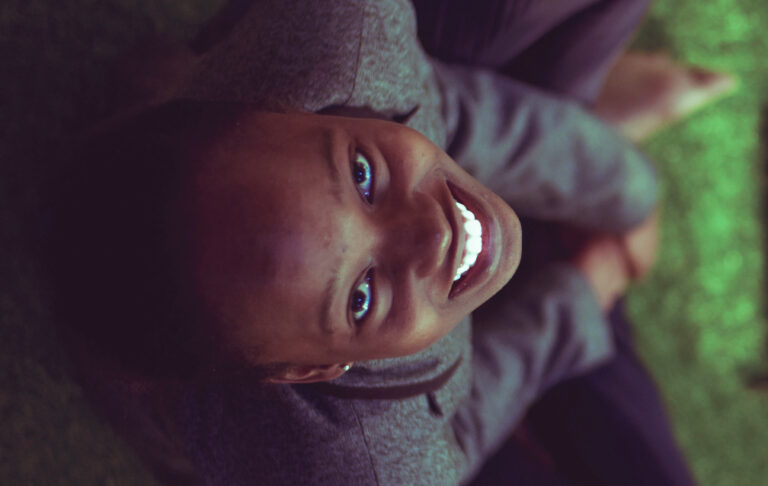 The power of media

English is Nigeria’s language of power, but voices are rising in defense of linguistic heritage.Multi-awarded author and journalist Luca de Biase is a professor at Pisa University, innovation editor at Sole 24Ore newspaper and a Member of the Mission Assembly for Climate-Neutral and Smart Cities, amongst many other roles and achievements.

Mobile connection as a percentage of total population: 82.4%

Percentage of mobile connections that are broadband (3G-5G): 82.6%

Cultural Curiosities
With more than 1000 ethnicities, Nigeria’s culture is a truly intriguing mixture of different traditions and customs. As a whole, Nigerians are perceived as very emotional and warm people. When doing business, greetings are considered fundamental; they might be longer than the typical western handshake, and it is considered very rude to suddenly start discussing business, thus asking the “courtesy” questions beforehand is appreciated.

The geographical distribution of languages that you will find in the maps published in this section is a work in progress. Our community is helping us to fill it up with always new and updated data. Your contribution is precious. If you want to help us, please write to imminent.factbook@translated.com

Hausa is one of the regional languages used in Nigeria. The language is one of the largest in West Africa and it has an estimated 30 million native users while an additional 20 million people use the language as the second language. Hausa is a West Chadic language under the larger Chadic language group of the Afro-Asiatic language family. Hausa is made up of numerous geographically defined dialects, but only the Dauranchi and the Kananci dialects are recognized as the standard dialect of the language. The use of the language is also propagated by local media as well as international media such as Deutsche Welle, Voice of America as well The BBC. The Hausa language traditionally used the Arabic writing system, but in recent years the language has incorporated the use of the Latin alphabet. The Hausa people are one of the largest ethnic groups found in Africa as well as Nigeria. The Hausa people make up around 25% of the population of Nigeria.

The Yoruba language is spoken by around 18.9 million Nigerians. It is the native language of the Yoruba people, a people native to West Africa. The Yoruba language is a member of the Niger-Congo family. Yoruba is a tonal language and comprises of three tones, namely high, mid, and low. Yoruba also features many loan words from Arabic.

Igbo is another regional language popularly used in Nigeria, particularly in the southeastern region of the country. The language is categorised under the Volta-Niger language group which is under the larger Niger-Congo language family. Igbo is one of the most popular languages in Nigeria with an estimated 24 million native speakers, the majority of whom are members of the Igbo ethnic group. There are more than 20 dialects of the Igbo language, but the standardised Igbo is based on Umuahia and Owerri dialects.

The Data Factbook is a work in progress project. Our community is helping us to fill it up always with new and updated data. Your contribution is precious. If you want to help us, please write your advices at imminent@translated.com

Language is what makes us human.